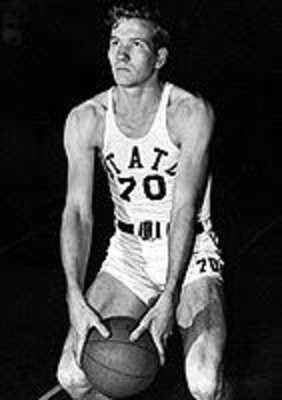 Dick Dickey was a three-year starter at Pendleton, Indiana High School.  He was recruited to play collage basketball at North Carolina State by Hall of Fame coach  Everett Case.  In Dickey’s four varsity seasons, North Carolina  State was first  in Southern Conference all 4 years and he was the  only player in N.C. State history to be named All-Conference for 4 years in a row. In Dickey’s senior year, NC State went to the  NCAA Final Four.  Dickey played professional basketball for two seasons. In his rookie season (1950-51) , he was a starter year for the Anderson Packers in the National Professional Basketball League, but in his second season, he was a seldom-used reserve with the Boston Celtics in the National Basketball Association.