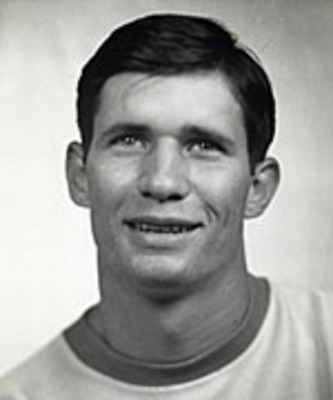 Dick Holub  played basketball for Long Island University. In his sophomore year, he was the Blackbirds’  leading scorer and helped led the team to a 25-2 record and  to the 1941 National Invitation Tournament title. He was honored as a member of the 1942 Pic Magazine All-American Basketball Team. Holub  served in the Army Air Corps in the South Pacific in World War II. He returned to LIU in 1946-47 and led the team in scoring with a then-record 397 points. Holub played one season with the New York Knicks  (1947-48) in the Basketball Association of America, the precursor to the NBA. He continued playing professional basketball for three more seasons in the American basketball League, a top minor league with a limited geographical scope that allowed him also to teach and coach.  Holub was the first men’s basketball coach at Fairleigh Dickinson,and had a 233-167 record there from 1949-66. Holub, who held a Doctorate of Education from Columbia University , was a longtime professor of English at Fairleigh Dickinson. In 1981, he accepted a position at the University of Connecticut as academic adviser to the athletics department.