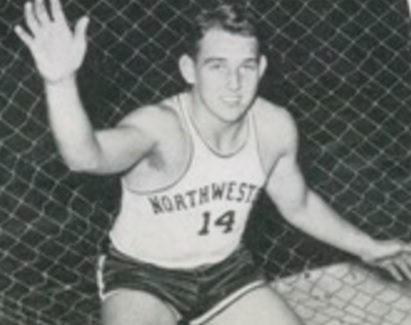 Dick Klein was a Big Ten All-America basketball player at Northwestern University.  During World War II, he was a member of a the Great Lakes Naval Training all-star basketball team. After the war, he played 15 games in the National Basketball League the Chicago Gears during the 1945-46 season. Klein had a successful 20-year career in sales and organizing venture capitalists. In January of 1966, Klein headed up a group of investors that was acquired a NBA expansion franchise for Chicago. Klein served as general manager of the Bulls who reached the NBA playoffs in their initial season, the only time in the history of the league that has occurred. KLein stepped down as general manager after three seasons but remained a part-owner until 1972 when the team was sold to to a group headed by Arthur Wirtz, owner of the National Hockey League Chicago Blackhawks.