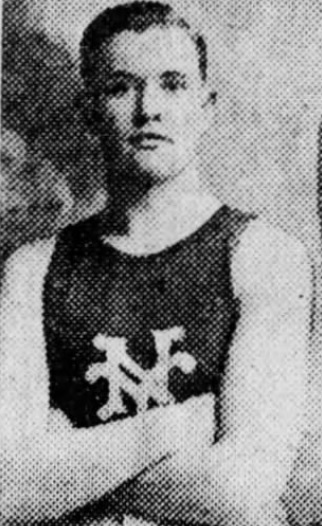 Dick Smyth  grew up in the Far Rockaway Beach neighborhood of New York City. As a teenager, he joined a local team, the Big Atlantics, where he captured the attention  of Dick  Schmeelk, a famed pro star. Schmeelk recruited him to play for the New York Nationals, a professional basketball team that made a series  of historic barnstorming trips to  the mid-west. Smyth never became a star player, but because he he was hard-working and  fundamentally sound, he enjoyed a long career. Smythe appeared on the roster of over thirty teams during his  fifteen seasons of professional basketball.