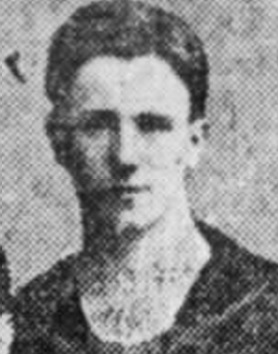 Dennis “Dinny” Sheehan was a high school basketball star in Brooklyn. He played professional basketball with the Brooklyn St. James Triangles for three seasons and later had two successful seasons in the Interstate Basketball League. Shortly after the start of World War II, he enlisted in the Naval Militia. Sheehan died in October of 1917 in boiler explosion while serving on a patrol boat off the coast of Fire Island near Long Island, New York.