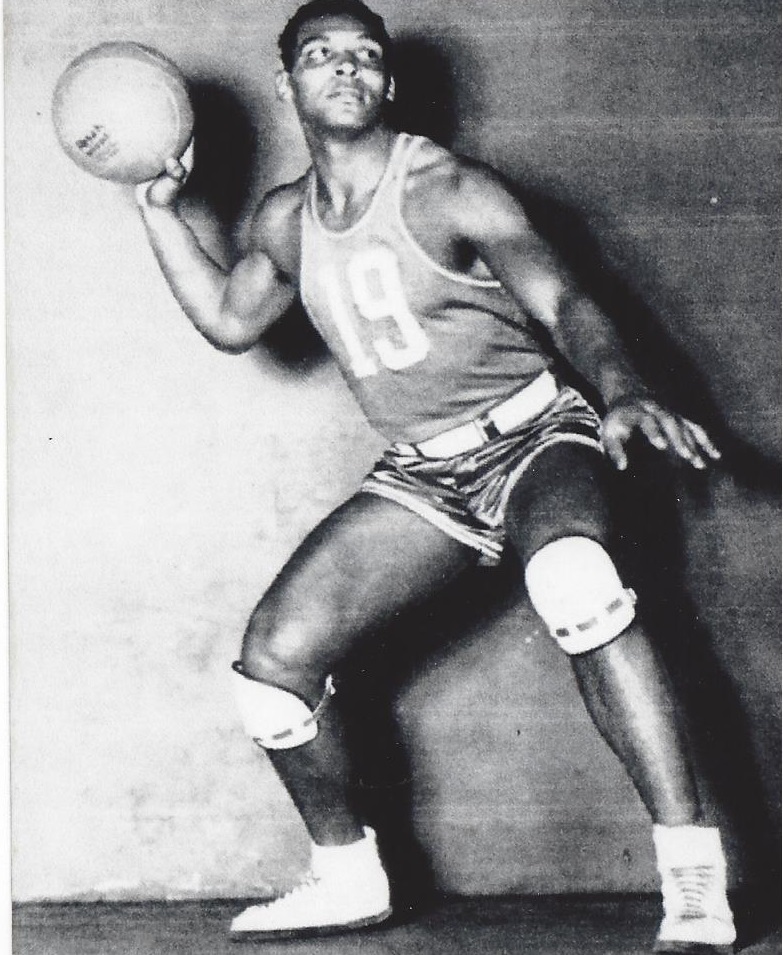 William “Dolly” King was a multi-sport star at Alexander Hamilton High School  School in Brooklyn, New York. He  attended Long Island University  where he played football and basketball. After college,  King signed to play professional basketball with the New York Rens. King quickly established  himself as one of the best all-around frontline players of the decade. He was a strong rebounder, bruising defender and talented scorer. King was the leading scorer for the 1942-43 Washington Bears that won the World Pro Basketball Tournament. After an eleven-year pro career, King returned to Long Island University where he received his undergraduate and Masters degrees. King was the head basketball coach and Athletic  Director  at  the Manhattan Borough Community College from 1964 until his death in 1969.