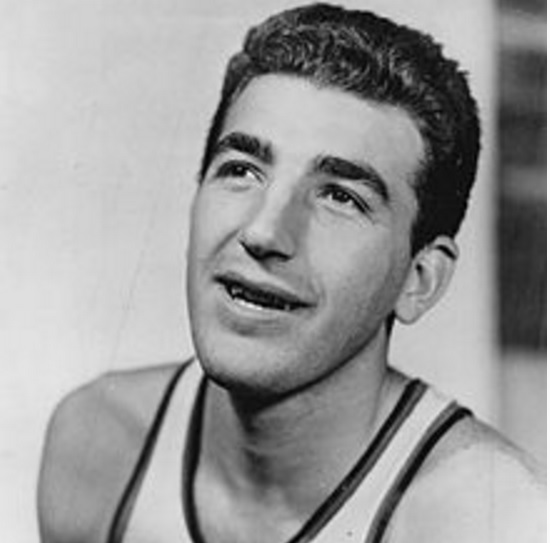 Dolph Schayes attended DeWitt Clinton High School in the Bronx, New York. He played basketball at New York University for four years from 1944 to 1948. Schayes signed to play professional basketball with the Syracuse Nationals of the National Basketball League in 1948 . He chose the Nats over his hometown New York Knicks because they offered him  a substantially better contract.  Schayes played his entire career (1948-1964) with the Nats and their successor, the Philadelphia 76ers. Late in his career, he became the team’s player-coach and after retirement as a player, remainded as coach. Schayes’s favorite shot was a high-arching outside set-shot, but he was was very adapt at driving to the  basket for lay-ups. Schayes was named a NBA first-team all-star six times. In 1972, he was elected to the Basketball Hall of Fame. In 1996, he was named one of the 50 greatest NBA players of all time.