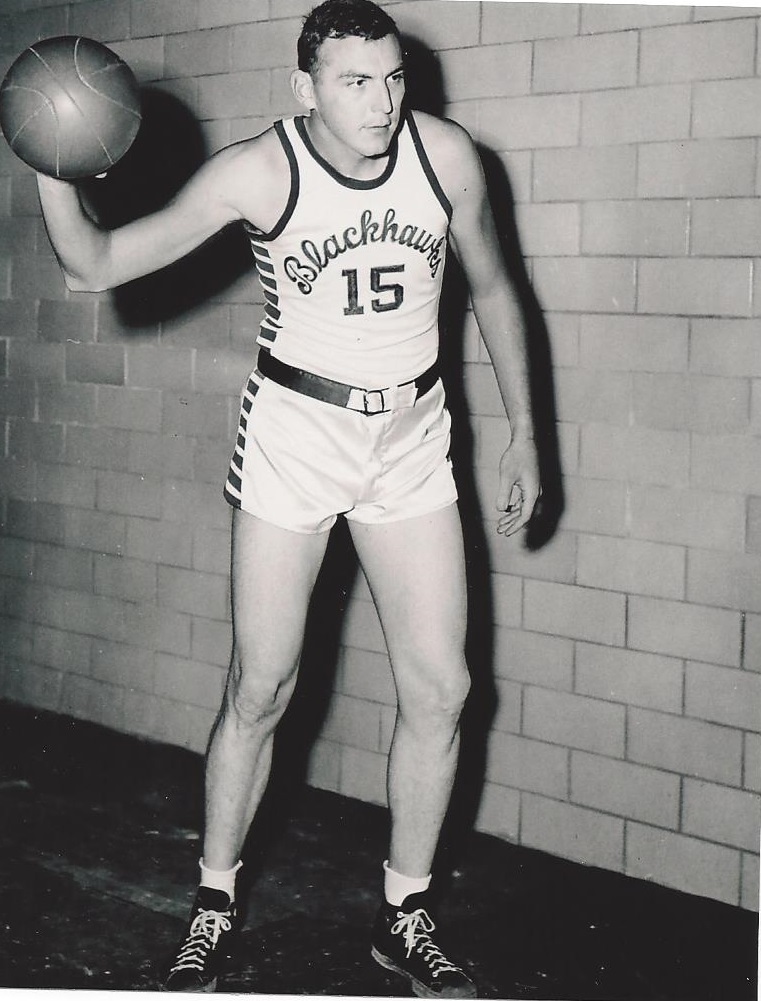 Don Otten was a high school basketball star at Bellefontaine High School in Ohio  and at Bowling Green University. The 6’11” Otten entered  professional basketball in 1946 with the Tri-Cities Blackhawks of the National Basketball League.  During the 1948-49 season, Otten averaged 14.0 points per game and was named the MVP of the NBL. The Blackhawks joined the National Basketball Association in 1949.  Otten continued playing until 1953.  He averaged 10.5 points per game in his NBA career. Don’s brother Mac Otten also played in the NBA. In 1949, Don and Mac became the first ever pair of brothers to end up playing for the same team in the NBA.