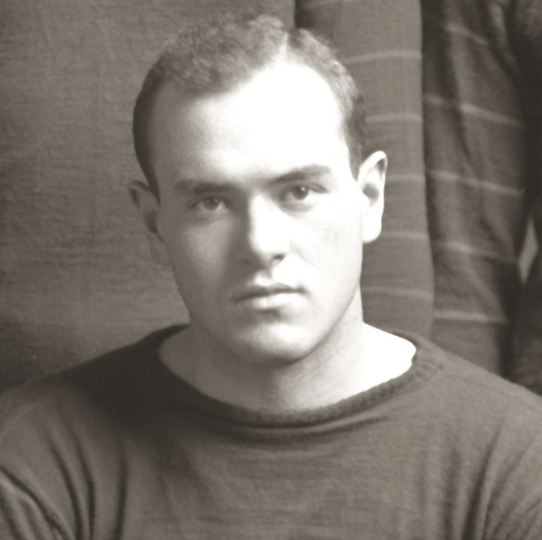 Robert “Duke” Dunne was a three sport high school star in Springfield, Illinois. Dunne replicated his athletic success at the University of Michigan where he excelled in football, basketball and track. He was a member of the 1920 US Olympic team in Antwerp, Belgium where he competed in the pentathalon. After graduation from Michigan, Dunne  earned a law degree from Northwestern University. After a brief stint in professional basketball, Dunne worked as assistant football coach at Harvard before returning to Illinois to practice law in 1930. Dunne, whose father was the former mayor of Chicago and governor of Illinois, passed on oportunties to enter politics and instead served for many years as a judge on the Illinois Circuit Court.