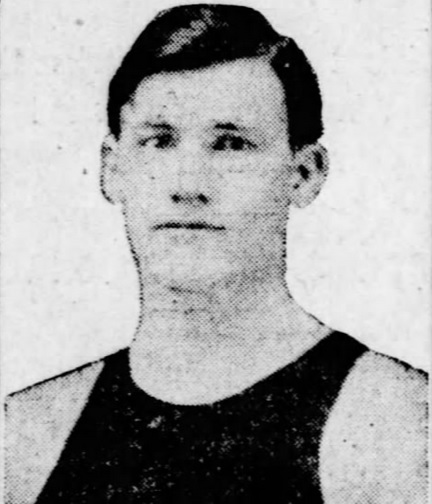 Dutch Wohlfarth  was widely renowned as one of the best ball handlers of his day. Like all players of the time, he dribbled with two hands because dribbling the ball at all was a torturous task. The ball was larger and heavier than the modem basketball and frequently become lopsided during the course of a game. The lacing on the side of the ball was an additional obstacle. Wohlfarth was also a fine defender and was always assigned to guard the opposition’s best scorer. On offense, Wohlfarth was a streaky player whose scoreless nights were offset by occasional outbursts of scoring.In 1906-07, just out of high school, Wohlfarth played a few games during the Central BasketballLeague’s inaugural season. During the next four seasons, he blossomed as a player with his hometown Homestead, club and was an important part of the team’s 1908-09 CBL championship. When Homestead dropped out of the league after the 1910-11 season, he was quickly signed by the rival Johnstown team. He enjoyed one of his best seasons with his new team. He led the club in field goals and combined with Winnie Kinkaide to provide Johnstown with the strong defense that helped the Johnnies capture the 1911-12 CBL title. In the fall of 1912, after the collapse of the CBL, Wohlfarth played for  the Jasper team in the Eastern Basketball League for the next two seasons. He was a key member of their 1913-14 EBL championship team. Just 26 years old, Wohlfarth retired at end of the season.