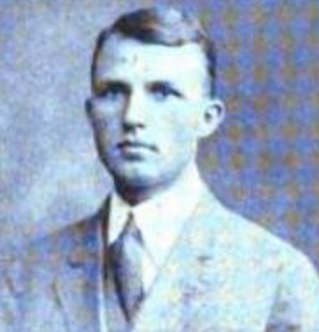 Earl Hartman was a three sport star at Reading, Pennsylvania  High School, excelling at football, basketball and baseball. In 1911, eighteen-year-old Hartman signed to play pro basketball with his hometown Reading Pretzels in the newly formed, but very formidable Eastern Basketball League.  Hartman astouded  everyone by averaging 13 points per game, second best in the EBL, behnd only the famed Joe Fogarty. Hartman,seemingly on the verge of a long pro basketball career, announced he would not return for a second season, but instead would attend Albright College where he played football and baseball during the 1912-13 school year.  In the spring of 1913, he dropped out of school and signed to play professional baseball with Jacksonville in the South Atlantic League. The metoric sports career of Earl Hartman was over by the summer of 1913. Over the next few years, he played a handful of of semi-pro basketball and baseball games around Reading, but never showed anything near the skills of  his one shining season with the Reading Pretzels.