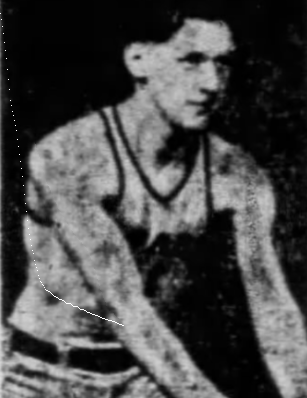 Ed  Campion was an a basketball star at St.Joseph’s High School in Evanston, Illinois who went on to gain All-American homors in 1937 playing for DePaul University.  He was also an alternate for the 1936 US Olympic Basketball Team.  Following his college career, Campion played for two seasons in the National Basketball League