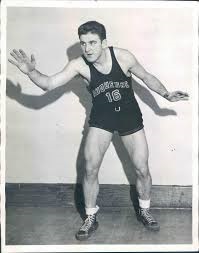 Ed Milkovich used his middle name, Melvin , as his last name  when when  played in the BAA and throughout his years as a college coach. d Melvin  played basketball for South Pittsburgh High School and then played  three years of varsity college basketball at  Duquesne University.  Melvin played professionally for the Pittsburgh Ironmen during 1946-47 BAA  (NBA) season.  He was head coach of St. Bonaventure from 1948 through 1954 and from 1954 until 1965  was the head coach of the University of Toledo. During his 17 years as a NCAA Division head coach, Melvin compiled an overall record of 222–179.