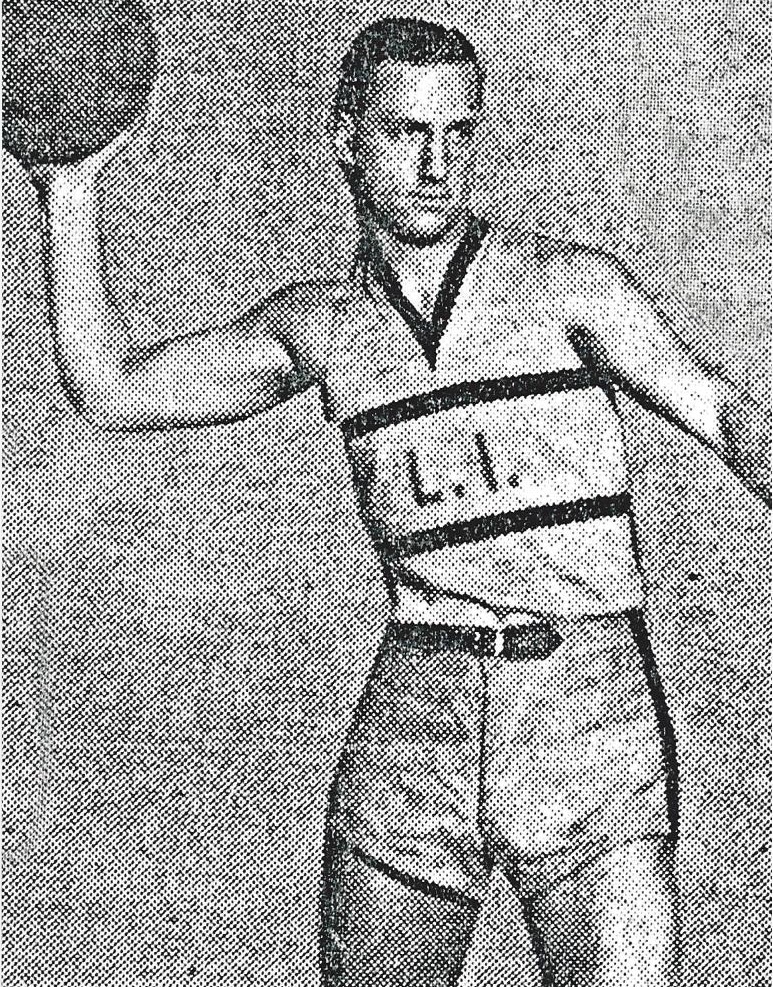 Ed Plate captained both the basketball and baseball team at Newtown High School in Queens, New York.  While still in high school, Plate barnstormed on weekends in New England on a team headlined  by George Yerkes, a well-known Queens pro basketball player. It was the beginning of a career that would span 24 seasons. In the rough and tumble day’s of basketball’s center jump after every basket and two-handed dribbling, Ed Plate was as rugged as they come. At 6:04 and 220 pounds, Plate was an imposing figure in an era where most players where considerably less than six feet tall. Plate was best known for his twelve seasons  with the Long Island Imperials and Pro-Imps.