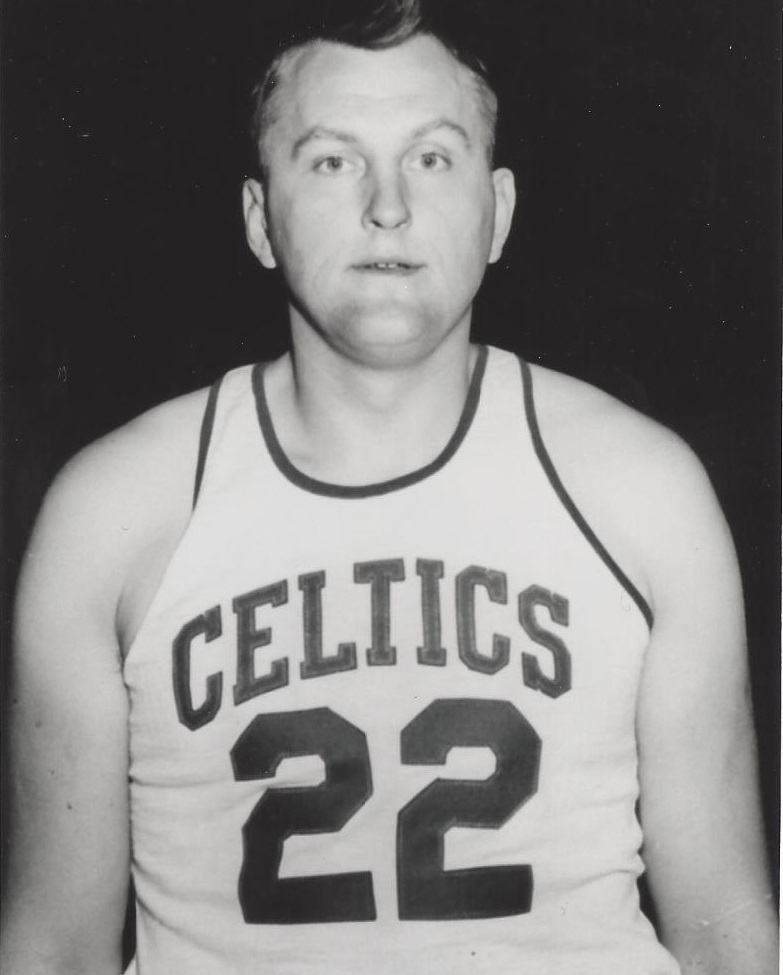 In his prime, Ed Sadowski was 6′ 5″, and weighed close to 250 pounds. With his enormous chest and chop haircut, he looked more like a pro-wrestler than a basketball player. Sadowski was an intimidating player on a basketball court, but he was an easy-going and well-liked figure off the court. Early in his career, Sadowski moved surprisingly well considering his bulk. His wide body and good positioning made him a strong rebounder.  His sweeping right-handed flat-arch hook shot  was his main offensive weapon. Even though defenders knew he was always going to his right , the shot was virtually unstoppable. Sadowski starred in college for old pro Honey Russell at Seton Hall. The Pirates were undefeated in Sadowski’s (1939-40) senior year. In 1940, Sadowski started his pro career under another famed early pro star, Dutch Dehnert with the National Basketball League Detroit Eagles. He was named the National Basketball League Rookie of the Year and first team all-league. He also led the Eagles to the prestigious Chicago World Pro Tournament title. In 1941, Sadowski signed with Wilmington of the American Basketball League. He starred on the team that won two consecutive (1941-42, 1943-44) ABL titles. (The team did not compete in 1942-43).  Sadowski spent the 1945-46 with the Fort. Wayne Pistons who compiled the best record in the NBL. In 1946, Sadowski signed as player-coach of the Toronto entry in the new Basketball Association of America, but it was quickly apparent that it was a role to which he was ill-suited. Relieved to be traded to Cleveland, Sadowski finished second in league scoring and was named a first-team all-star. Sadowski remained one of the new league’s  top scorers for three more seasons. Tired of the travel routine, he finished up his career with one season in the compact minor-league version of the ABL. Sadowski retired after the 1950-51 season. Sadowski is remembered as one of the most talented offensive stars and best-beloved figures in the professional game in the 1940’s.