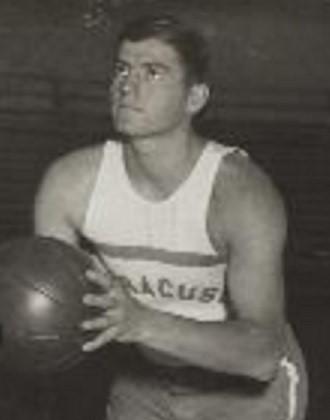 Ed Wineapple was a basketball and baseball star at Salem High School  in Massachusetts, He played freshmen basketball at Syracuse University  before transferring to Providence College for three years of varsity basketball.  During his senior year, Wineapple led Providence to a record of 17-3, was the second leading scorer in all of college basketball and was named a first team All-America. After graduation, Wineapple signed contracts to play both professional baseball and basketball. His career in both sports was brief.  He appeared in one major league baseball game for the Washington Senators late in the summer of 1929 and played ten games for Syracuse in the American Basketball League during the 1929-30 season.