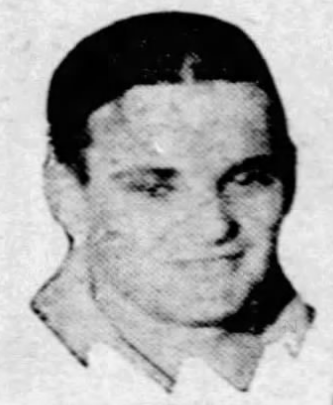 Eddie Burke played basketball at Boys High School in Brooklyn. Over the next half-dozen years, he was a fixture in semi-pro basketball circles around New York City, but did not sign with any major league team. Instead, he concentrated on his burgeoning career as a Wall Street broker. After service in World War I, Burke returned to New York to continue his business pursuits. In 1921, he signed a contract with the Brooklyn Visitation and finished third in Metropolitan League scoring. In 1922-23, Burke enjoyed another fine season with the Visitation, but business obligations caused him to miss over a dozen games. A gregarious personality, Burke was always a fan favorite. Burke spent the 19123-24 season touring with the Original Celtics. He returned for a second season in 1924-25, but left the team in the middle of the season for business reasons. Burke returned to the Visitation for the 1925-26, his last complete season in basketball. Burke continued to thrive in the business world. His success as a stock broker and later investments in the oil business made him a multi-millionaire. Burke remained interested in sports throughout his life and became successful in thoroughbred horse-racing in the 1930’s.