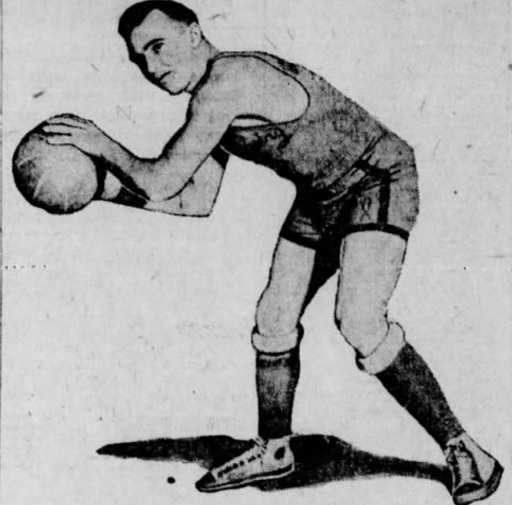 Eddie “Ace” Lynch  was  a native of Northampton, Massachusetts who served in World War 1 and played professional basketball for two seasons before he entered Catholic University in Washington, D.C. in 1921. “Ace” Lynch was Catholic University’s first great athletic star. During his senior football season (1923), he played fullback, threw passes, punted, returned kicks and was the team’s placekicker. He had a hand in every point scored in the final game of his career, a 26-0 victory over George Washington.  Lynch was the Cardinal’s basketball team’s leading scorer as a junior (174 points) and senior (142). On the baseball diamond, Lynch was  power-hitting outfielder. After college. Lynch went on to play four seasons in the National Football League.  In 1925, his rookie season, he was named first-team All Pro as a member of the Rochester Jeffersons.  He also played professional basketball throughout the late 1920’s with a teams in Detroit.