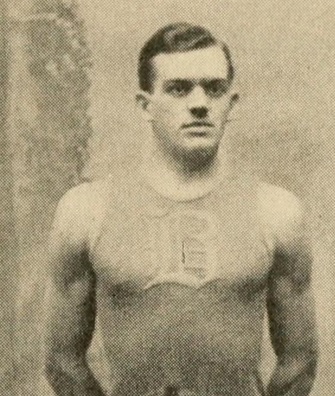 Eddie Miller’s career  spanned the history of the most famous team in early professional basketball, the Buffalo Germans. Miller joined the team in 1896, one year after it was formed at the East Side YMCA in Buffalo. He remained with team  until its final seasons in 1920’s  From 1908 through 1910, the Germans won 111 straight games. The team was elected to the Basketball Hall of Fame in 1961. Miller coached Canisius College to a 10-4 record in 1920.