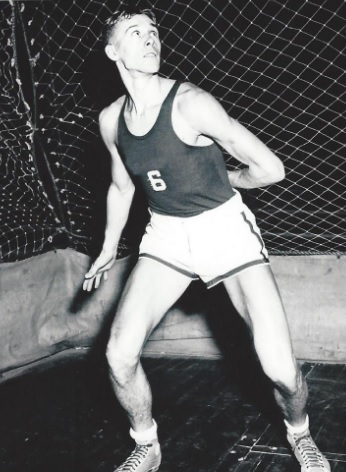 Elmer Johnson attended East Leydon High School in Chicago and then went on to attend college at nearby Northwestern University.During his three varsity seasons at Northwestern, the Wildcats captured two Big Ten championships. After graduation, Johnson played professional baseball for six seasons, mainly in the low minors. In the baseball off-season, Johnson played amateur and independent basketball in and around Chicago. In 1939, Johnson signed with the Chicago in the National Basketball League where he played for two seasons. In his first season with the Bruins, they went to finals of the World Basketball Tournament in Chicago, but lost to the Harlem Globetrotters.