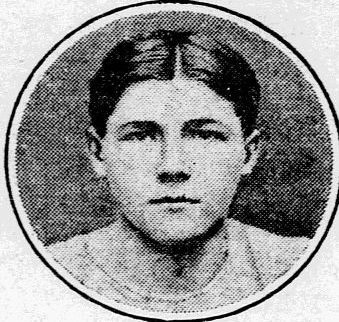 “Elwood “Dope” Gowdy enjoyed a long and successful career in Philadelphia pro basketball circles. By the time Gowdy was just nineteen years old, he was considered one of the  best players in the Philadelphia Basketball League. Basketball in the early years was very much a  game of one on one matchups. Gowdy was one of the first players to grasp the concept of team play. He was a fine scorer, but he was just as likely to pass the ball as shoot it and was consistently among the league leaders in assists. He was innovative thinker who experimented with shooting the ball with one hand and was well known for his cunning defensive tactics. Gowdy enjoyed his greatest success during his years with the De Neri, winning the 1910-11 Eastern Basketball League championship and finishing second in 1912-13 EBL season by just one game.