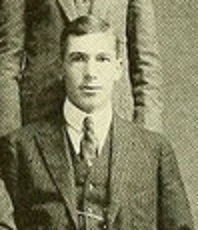 Emory “Em” Grayson  was letterwinner in three sports at the University of Massachusetts  (baseball, basketball and football). Grayson won a total of  eight letters during his career and is regarded as one of the most versatile athletes in UMass history. He also competed in hockey and track.  Upon graduation, Grayson played professional basketball for four seasons in the Interstate   Basketball League.  He was a four-year starter  in the IBL, a league dotted with some of the best professional players of the era.  After graduation he worked as a physical education instructor then later as the director of Placement Services at UMass. In 1942, at the age of 48, Grayson joined the Navy as a Lieutenant, Senior Grade and served throughout World War II.