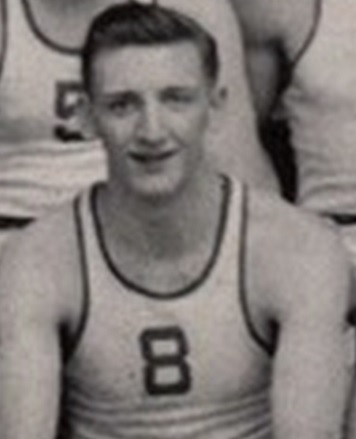 Emil Lussow was a standoutfour-year athlete for the University of Dubuque in football, basketball, and track. In football, he was named AP “Little” All-American in 1942. He also married the homecoming queen.   On the Basketball Court, Lussow was a four-year letter winner and team captain as a senior.  He averaged 15 points per game for his career. Lussow served in the army for four year during World War II.  In 1947, Lussow  played five major-league games for the Waterloo Pro-Hawks of the Professional Basketball League of America in 1947-48.