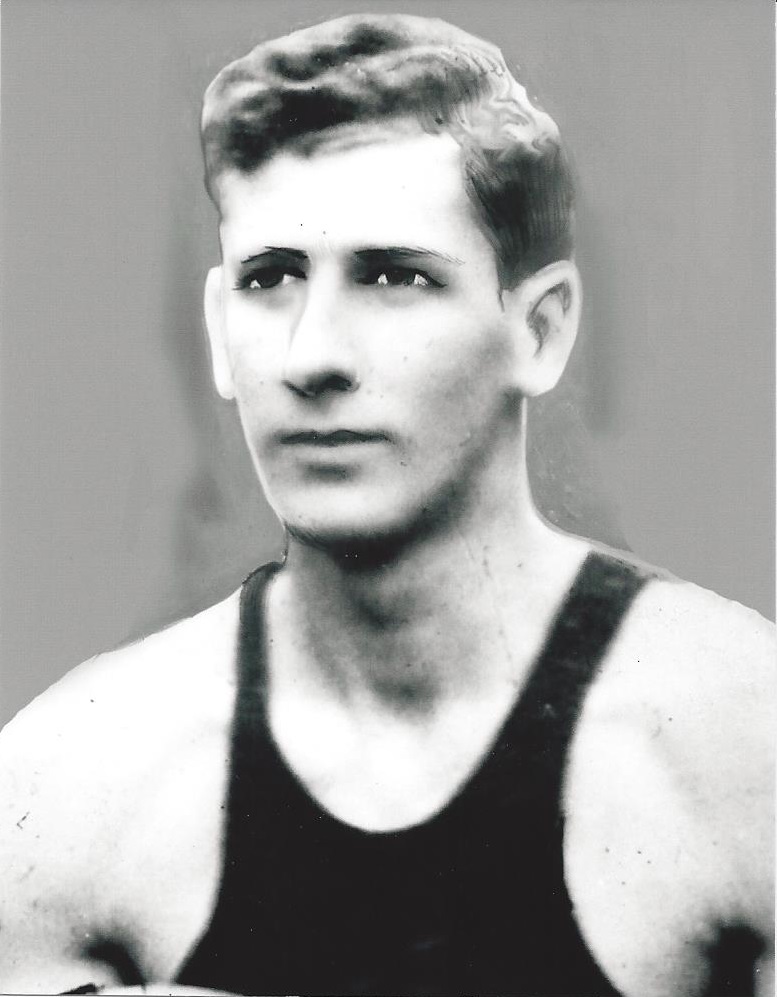 Ernie McCoy was the captain of the 1928-29 University of Michigan basketball team and led the team to the Western Conference title. At the end of the season, he was named to the College Basketball All-American team.   McCoy completed a masters degree in physical education at Columbia University, then took a position as coach and athletic at Montclair, New Jersey high school and later at Montclair Teachers College. McCoy returned to Michigan in 1940 as an assistant football coach and assistant athletic director for Fritz Crisler. He was an assistant basketball coach in 1947-48 and took over as head coach the following season. He compiled 40-47 overall and 18-34 conference record over three seasons. McCoy later served as Athletic Director at Penn State and Miami University.