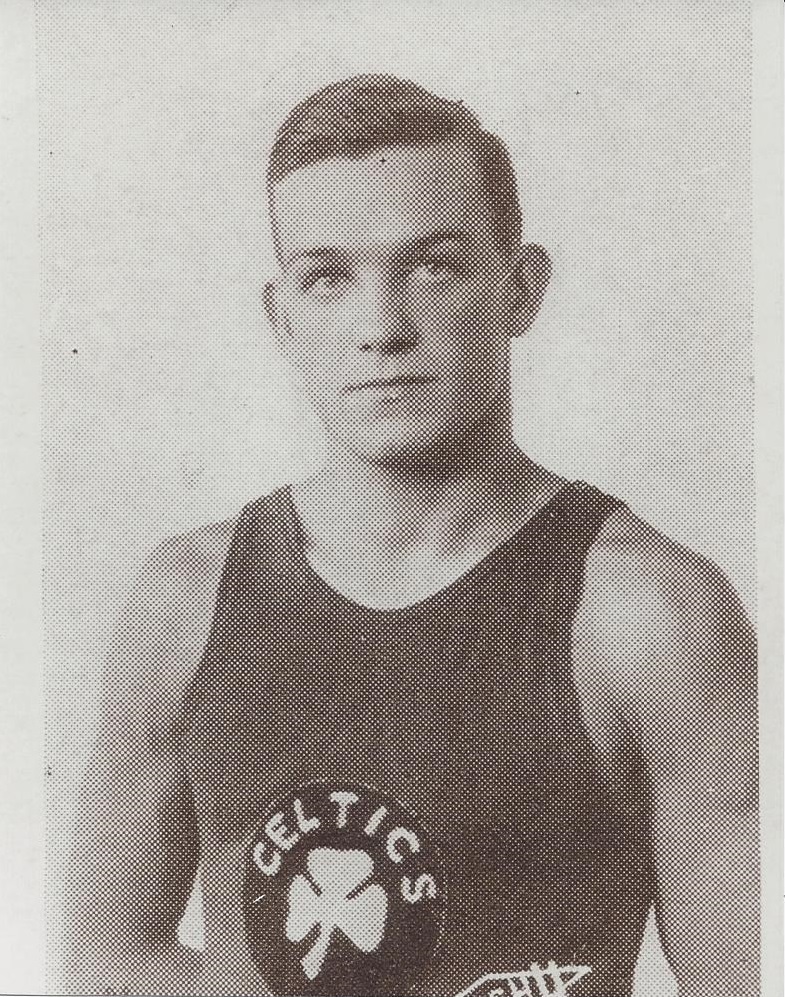 Ernie Reich began playing basketball as a teenager in New York City’s settlement house leagues. By 1908, he was good enough to join St. Gabriel’s, one of the city’s most powerful independent teams where his teammates included Johnny Beckman and Chris Leonard. Beginning in 1915, Reich spent two seasons with Jersey City of the Interstate League. During the 1917-18 season, he finished among the league leaders of the Connecticut State League in addition to playing on three independent teams. By the 1919-20 season Reich was among the game’s elite. He was fast, possessed a fine set-shot and was a clever ball handler. He played for Reading of the Eastern Basketball League where he finished among the league’s scoring leaders. The same year, he was signed to captain the Original Celtics who posted a 65-4 record. Reich played forward alongside former St. Gabriel’s teammate Johnny Beckman. Reich was the perfect complement to the fiery Beckman in personality and playing ability. Reich was a key figure with the Celtics who emerged as the most famous team of the 1920s. In early February of 1922, Reich developed pneumonia and died unexpectedly at the age of 28. Reich’s tragic death was a stunning conclusion to a golden career.