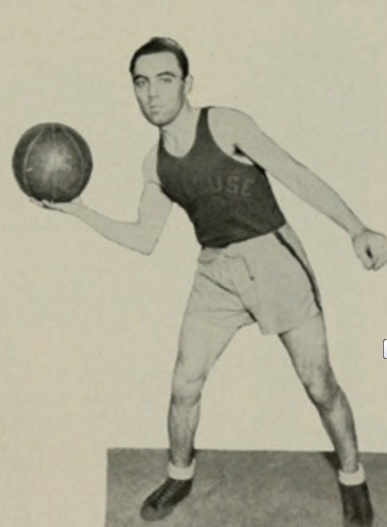 Ev Katz  was considered the fastest player on the ”Reindeer Five” at Syracuse University, a speedy fivesome that went 34-6 over two years (1929-30 and 1930-31). Katz was also known as one of the first players to tinker with a one-handed set shot. Katz also lettered in track at Syracuse, participating in the high jump, broad jump and pole vault. Adapting the race horse style he learned in college, Katz enjoyed and long and success career as basketball coach at Syracuse’s Cathedral High School. He was also  a high school basketball referee. Katz played professional basketball sporadically throughout the 1930’s, but was limited by business and coaching duties.