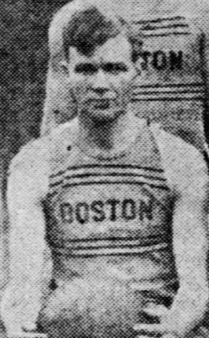 Fiddle Morley was the most prominent figure in Boston basketball for over two decades.  He captained the Boston University High School basketball team his junior and senior years. He played football and basketball at Georgetown University for one year before transferring to to Boston  College were he played basketball for two seasons. In 1921, Morley helped organize the Boston Whirlwinds who within a few seasons grew to become the most  powerful independent basketball team in New England. In 1925, the Whirlwinds joined the newly-formed American Basketball League, but dropped out at mid-season because of poor attendance. Morley continued in the role of player-manager of the Whirlwinds for another decade. In 1934,  the team joined a different version of the American Basketball League for one season.