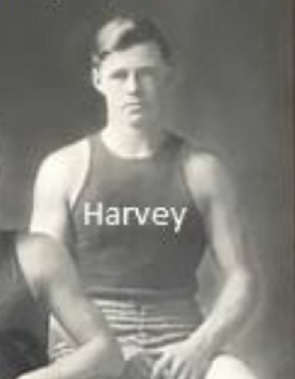 Florenz “Flo” Harvey was born in Newport, RHode Island in 1885. He began playing basket as a teenager at the Thames St. YMCA. Right from the beginning, it was apparent that Harvey had a gift for the game.  Flo Harvey spent almost his entire twenty-year career as a professional basketball player playing for independent teams in his hometown of Newport, Rhode Island.  Despite playing in just one major league game during his two decades in the game, Harvey was widely considered to be among the best players of his era. Hall of Fame star Ed Wachter praised Harvey as one of the most talented players he ever competed against.