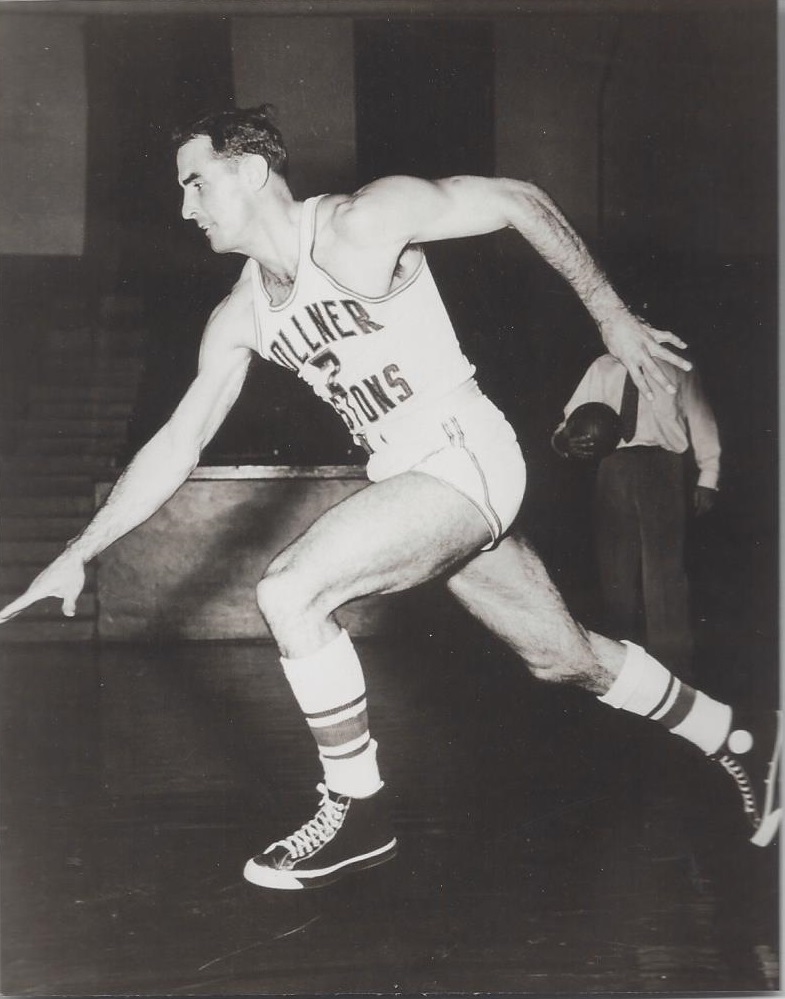 Frank Brian, a high school standout from Zachary, Louisiana, played three year of varsity basketball a tLouisiana State University between  1942 and 1947.  His college career was interrupted by military service in World War II, serving in the US Army from 19423-46.  He was named All-Southeastern Conference in basketball in 1943 and again in 1947.  After graduation, Brian, played for the Anderson Packers of the National Basketball League for two years. In his first year, the 1947-48 season, he was named  an NBL All-Star and the NBL Rookie of the Year with 11.3 points per game. The next year, he led the Packers to the NBL championship and was a First-Team NBL All-Star. Prior to the 2949-50 season, the NBL merged with the rival Basketball Association of America  and the Packers moved to the newly-formed National Basketball Association, where Brian was the No. 3 scorer in the league with a 17.8 points per game average. During the 1950-51 season, Brian played for Tri-Cities where he averaged 16.8 points and 3.9 assists. Brian was in  the top 10 in NBA scoring a third straight year in 1952 with a 15.9 average, playing for the Fort Wayne Pistons. He was twice named to the National Basketball Association All-Star team and  played in the 1955 and 1956 NBA Championships for the Pistons.