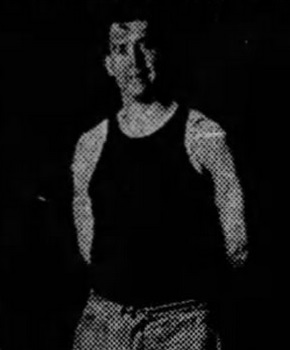 Frank Bruggy began playing pro basketball at age 18 for his hometown Elizabeth, New Jersey team. Neither tall nor fast, he relied on strength and shrewdness to succeed as a professional player. Buggy was a tough competitor who constantly bullied opponents and badgered referees. Bruggy finished among the top-ten scorers in a league ten times during his career. He led the Connecticut State League in scoring in the 1917-18 and finished second in the Pennsylvania State League during the 1919-20 season. Bruggy was successful as a player-coach during six seasons of his career. He led the Scranton Miners to the PSL finals two consecutive years, winning the title on the second try in 1921. Bruggy finished his pro basketball career as player-coach of his hometown Elizabeth entry in the Metropolitan League during the 1922-23 season. He retired after that season from basketball to concentrate on his baseball career. He played major league baseball for five seasons from 1921 until 1925.