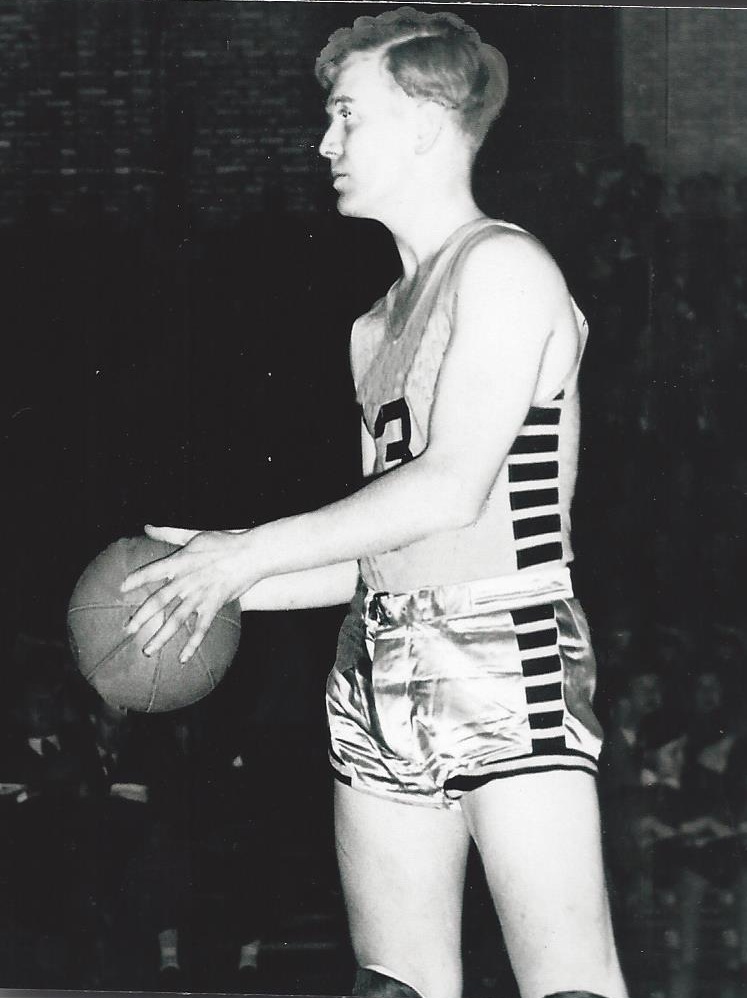 Frank Conaty was a product of the Catholic church-sponsored semi-professional basketball circuit that flourished in Brooklyn during the 1920’s and 1930’s. Conaty was a top scorer for the St.Lucy’s club for two seasons before he was signed in 1930 by John Donlon the manager-coach of the famed Brooklyn Visitation. Conaty played  for Donlon for the next eleven seasons (nine in Brooklyn and two in Baltimore.) During the course of their decade plus together, Conaty served as Donlons’s Swiss Army knife. He played all three positions in every conceivable role from scorer to rebounder to defensive stopper of the opponent’s best scorer.  In Conaty’s first two  seasons with the team, the Visitation won league titles, the American Basketball championship in 1931 and the Metropolitan League championship in 1932. The Visitation won a third title in 1935, defeating the New York Jewels in the finals of the ABL championship series.