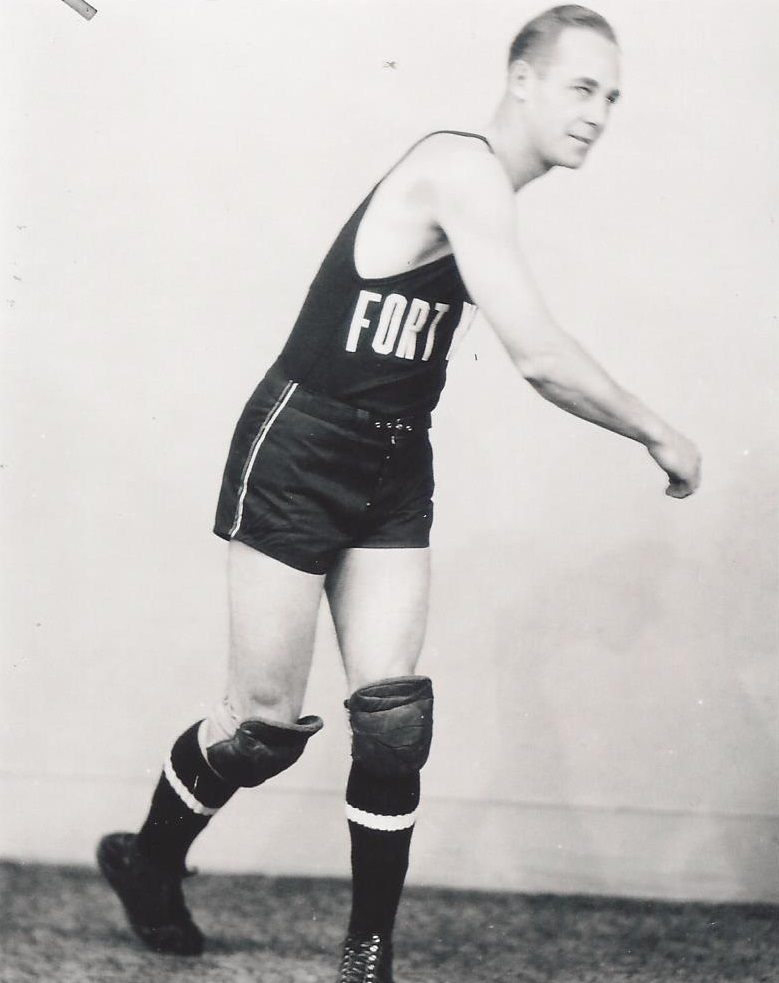 Frank Shimek was a multi-sport star at Iowa City High School. He was named to the all-state basketball in his senior year. He attended the University of Iowa where he became a starter in his sophomore year and was captain of the team as a senior. Shimek played semi-professional basketball for two years in Iowa before he signed in 1924 with the Fort Wayne Knights of Columbus team, a mid-west independent basketball powerhouse.  In 1925, Fort Wayne joined the  new American Basketball League. Over the next six seasons in Fort Wayne, Shimek established  himself as one of the best guards in the ABL and twice finished among the top-ten scorers.