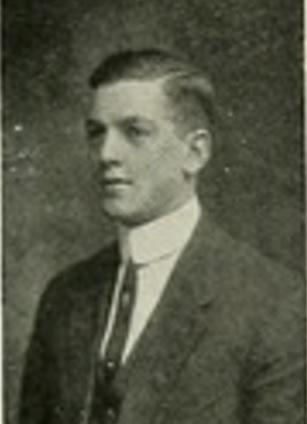 Fred Gieg  was a schoolboy athletic star in Millville, Jersey. He was recruited to attend Pennington Seminary, a private school near Trenton, New Jersey where he attracted considerable attention for his success in sports. In the fall of 1908, he dropped out of school, and at the  age of 18 and signed to play professional basketball in the Central  Basketball League. In 1909, he enrolled at Swarthmore College where he received acclaim as one  of the  greatest all-around collegiate athletes of his era. Over the course of his years at Swarthmore, he was  elected captain of the baseball , basketball and football teams. In 1912, he was named to the football and basketball All-American teams. In the spring of 1913, he graduated with a degree in electrical engineering. Within three months, he was hired by an engineering firm in Philadelphia, then was named as the head football coach at Swarthmore and also signed to play professional basketball with the Trenton Tigers of the Eastern Basketball League. His coaching career at Swarthmore ended after two losing seasons, but Gieg became a star in pro basketball. At 6”1″ and just over 200 pounds, he was usually the  biggest man on the court. He possessed an anomalous combination of size and speed that made him a powerful defender.  Despite his  success in the pro game, he retired after just two seasons to devote full time to his business career. After sitting out for one year,  he was lured back to  Trenton for the 1916-17 season, but then retired for good at the age of 27.