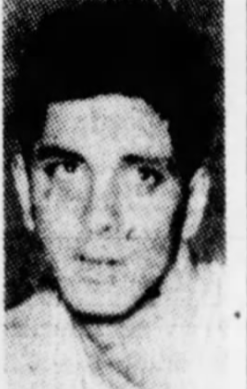 Andrew “Fuzzy”  Levane was a basketball star at James Madison High School in New York City. The school won the city championship in 1939.  Levane played college basketball at  St. John’s, where he was named player of the year in the New York area in 1943 and led his team to the National Invitation Tournament title. Levane  played professional basketball with the Rochester Royals for four seasons in the late 1940’s and  one season for the Syracuse Nationals. He also played a handful of games for the Milwaukee Hawks in the 1952-53 season, during his first year as a NBA coach.
Levane was head coach of the New York Knicks during the 1958-59 season, leading them to a 40-32 record, a second-place finish in the N.B.A.’s Eastern Division and a playoff appearance.  He resigned under pressure early in the 1959 season after the team lost 19 of its first 27 games. Levane continued working as a Knicks’ scout on and off for another thirty years.  Levane returned to NBA coaching for one season, 1961-62, with his old team, the Hawks, by then in St. Louis.