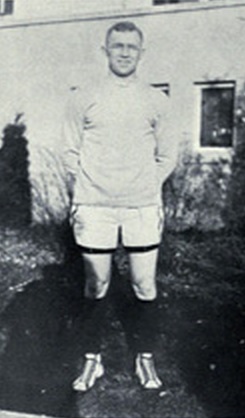 George Bohler briefly played professional basketball before he moved to Pullman, Washington were he enrolled at Washington State University. He played college basketball in Pullman for three seasons under the tutelage of his brother, Fred, who was the head basketball coach. After graduation, George Bohler followed his brother into the coaching profession serving as a head coach on the collegiate level in football, basketball and baseball. He compiled a career record in football of 35-37-1 as head coach at Mississippi College, Auburn and Louisiana Tech. He coached basketball at the University of Oregon, Auburn and the University of Mississippi finishing with an overall record of 96-81.