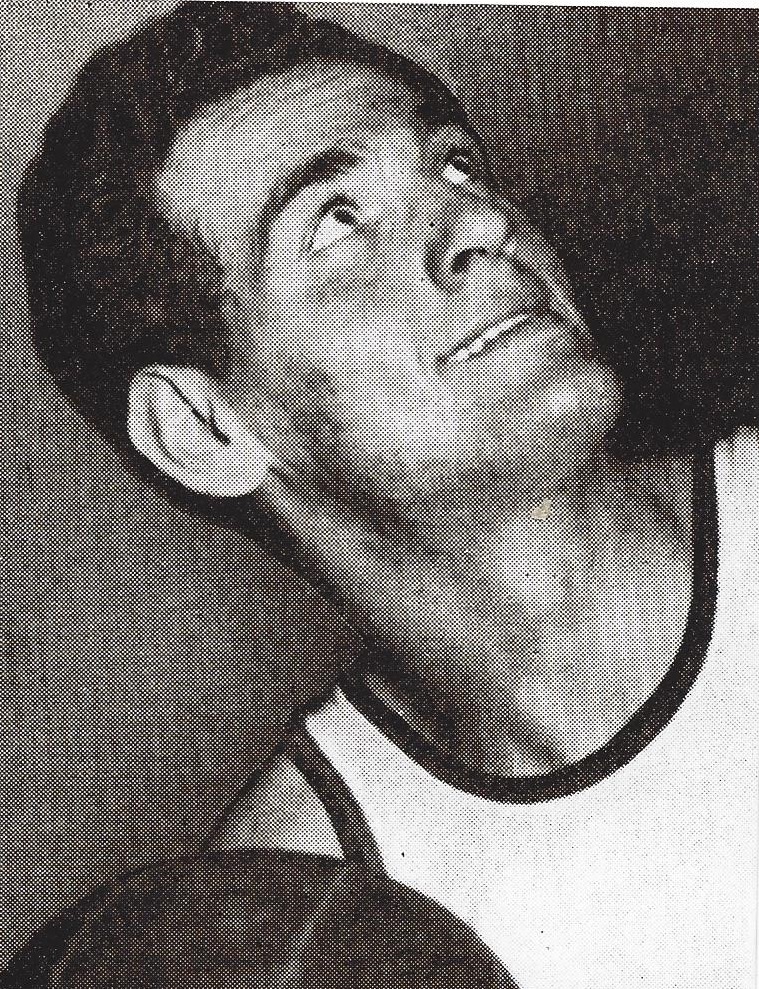 GEORGE GLAMACK was an excellent athlete who overcame extreme near sightedness to become a college and professional star. Glamack was known as the “Blind Bomber” because he wore glasses as thick as coke bottles. Despite the handicap, the Allentown, Pennsylvania native went on to become a two-time All- American at North Carolina and the fourth highest scorer in college history at the time of his graduation in 1941. Glamack entered pro basketball in the 1941-42 season as a member of the Akron Goodyears in the National Basketball League. He finished fifth in individual scoring and was named second-team All-League. During World War II, Glamack starred for the powerful Great Lakes Naval Training Center team.He returned to pro basketball in 1945 as a member of the NBL Rochester Royals and enjoyed his greatest season. The Royals captured the 1945-46 NBL championship. Glamack led the team in scoring and was named a first-team all-league selection. He helped the team to the finals again the next season, but they lost to the George Mikan-led Chicago Gears. Glamack played for two more seasons in the NBL with undistinguished teams. In 1950, he was lured out of a one-year retirement to join Bobby McDermott as part owner of the Grand Rapids franchise in the National Professional Basketball League, a successor to the old National League. The venture turned out to out to be ill-fated and after two months the team disbanded and Glamack retired for good.