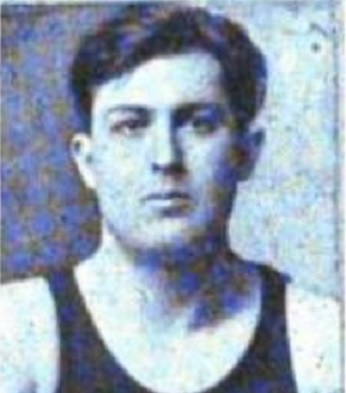 George Smith was a basketball and baseball star at Stamford High School in Connecticut. By the standards of the era, Smith,  at six-feet three inches and 220 pounds was huge. Smith was not very mobile, but he took advantage of his size and his ambidextrous shooting ability to score a lot of points close to the basket. Smith’s first pro success came when he was just 20 years old, playing for Uniontown in the tough Central Basketball League. Because he had a well-paying job with the Post Office in Stamford, Smith spent much of his career with independent teams based in his hometown. In the early 1920’s, Smith had three standout years in the Metropolitan Basketball League. Smith was a popular player with teammates and fans where ever he played.  Smith remained active into his late thirties, playing  independent basketball in Connecticut.