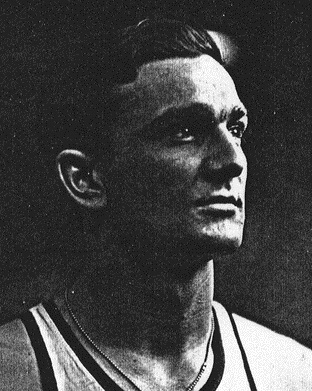 George Sobek led Hammond High School to the Indiana state basketball finals in 1938.  Sobek was a standout during his three varsity years at Notre Dame and was  named an All-American as a senior in 1942. During World War II, Sobek  played for the Great Lakes Naval Training Center, the best service team in the country.  After the war, he played for three seasons in the National Basketball league. He was a top-ten scorer for Toledo in 1946-47 and was player-coach of  Hammond during the second half of the 1948-49 season.  Sobek also played minor league professional baseball for three seasons and later managed teams in the minors for another six years. He was a scout for the Chicago White Sox for 34 years.