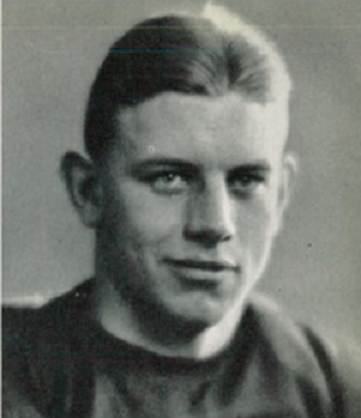 George Svendsen was a star athlete at Marshall High School in Minneapolis, Minnesota. He played freshmen football  and basketball at the  Oregon State University before enrolling at the University of Minneasota for his sophmore year. Svendsen lettered in both football and basketball during each of his three years at Minnesota. After graduation in 1935, Svendsen played four years of professional basketball, mainly with independent  teams.  Svendsen also played professional football  with the Green Bay Packers for five seasons where he stood out as one of the best centers in the National Football League. His pro football career was cut short by his service in the Army during World War II.