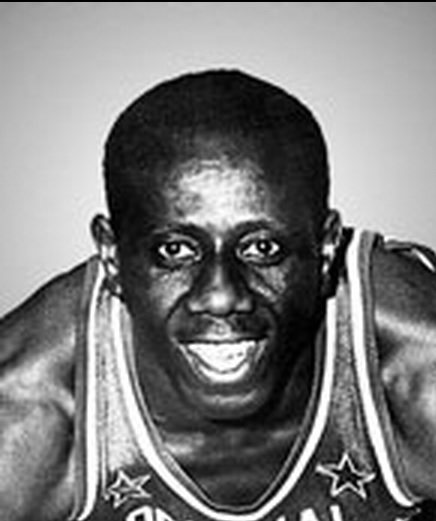 Reece “Goose” Tatum was born in El Dorado, Arkansas. He attended Booker T. Washington High School where he played basketball, football and  baseball. Tatum’s early success in professional sports was playing baseball. Tatum started with the Louisville Black Colonels and later played for the Birmingham Black Barons (1941 and 1942), and the Indianapolis Clowns (1945–1948).  Early in his career, he began enlivening the games with comic antics, including catching throws behind his back, kneeling in mock prayer before going to bat, and inviting fans (especially children) onto the field during a game. These performances caught the attention of Abe Saperstein, owner of the Harlem Globetrotters. His natural athletic ability and sense of comic timing made him a natural fit for the Globetrotters. He soon became the team’s clown, eventually earning  the nickname “Clown Prince” for his antics on the basketball court.  Tatum played with the Globetrotters in the early 1940’s  before he was drafted into the U.S. Army Air Corps for service during World War II. After the war, he returned to play with the Globetrotters for another ten years. Tatum choreographed several of the famous Globetrotter reams including hiding in the crowd and spying on the opposition’s huddle. In the 1940’s, the Globetrotters still played some of their games against top-notch professional teams. In these games, Tatum could exhibit his ample basketball skills. He was wily defender, an outstanding ball handler and and  deadly hook shooter. In February of 1948, Tatum and the Trotters beat the George  Mikan-led Minneapolis Lakers in back to back games. A few months, later,  the Lakers went on to win both the National Basketball League title and the World’s Professional Basketball Tournament. In 1955, after twelve season with the Trotters. Tatum, along with teammate  Marques Haynes,  formed a barnstorming basketball team of their own, the Harlem Magicians. Tatum continued to barnstorm until 1966, the year before his death at the age of 45. In 2011, he was elected to the Basketball Hall of Fame.