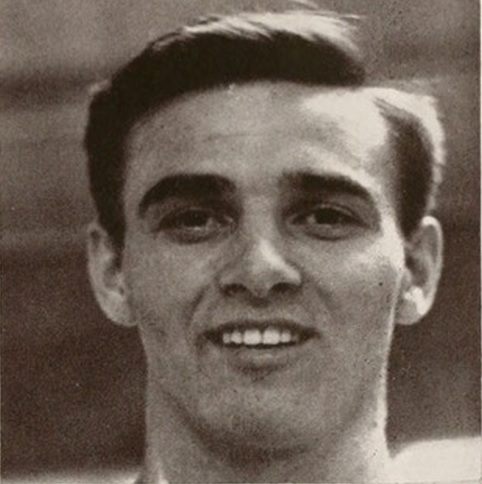 Hal Gensichen was a scholastic sports star at Central High School in South Bend, Indiana where he played basketball for future Hall of Fame coach, John Wooden. Gensichen  averaged 17 points per game during three three years of varsity basketball at  Western Michigan University. In 1943, he was named a third-team All-American by Converse.  Gensichen enjoyed a successful rookie season in the National Basketball League, but a month  prior to to the following season, Gensichen was stricken with tuberculosis and spent over a year recovering in a sanitarium. Gersichen’s basketball career was over, but he did regain his health and lived in Arizona and California until his death in 1990.