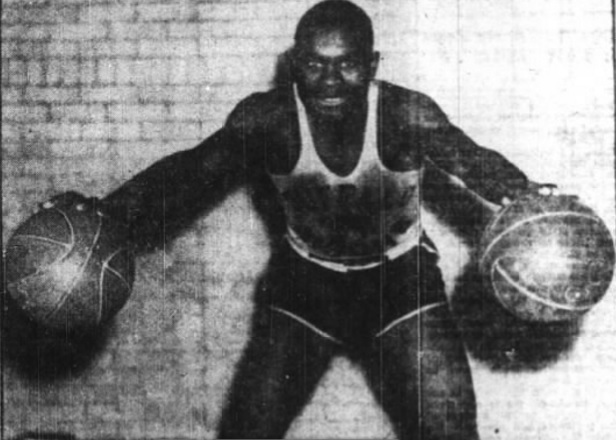 Hank Williams was a star athlete at Burgard Vocational High School in Buffalo, New York. Williams starred  on amateur and semi-professional  basketball teams in Buffalo  throughtout the mid-1930’s. During the 1935-36 season,  he was the starting center for his hometown team in the Midwest Basketball Conference, a newly formed professional circuit. Williams was just the third  black player to appear in a professional basketball league. It had been thirty years since the first black player, Bucky Lew, had played his final season in the New England Basketball League and ten years since Howard Ross had played in the Central Basketball League. Williams was a strong rebounder and skilled defender. He also was clever  ball-handler and good passer. Buffalo dropped out of the MBC at the end of the season. Dispite high marks for his overall play, Williams did not receive offers from any other MBC teams for the 1936-37 season. After a year-long illiness, Williams died in  December of 1938, at age 24.