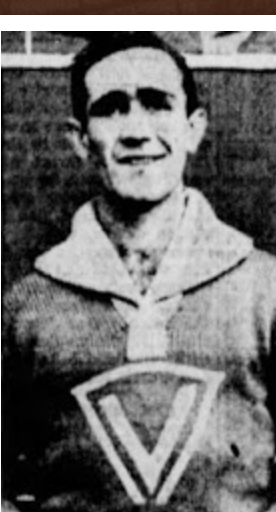 William “Happy” Reilly was a teenager in high school when in 1923 he joined a church sponsored basketball team in Brooklyn. The newly-formed Assumpion Ttiangles where just one of the dozens of  church and club  basketball teams active in Brooklyn in the 1920’s. During the next four seasons, both the Triangles and Reilly gained stature within the the highly competative world of Brooklyn basketball.  Despite a diminative build, Reilly gained a reputaion of one of the roughest, most aggressive  players in the borough, which in turn made him one of the most popular players in Brooklyn.  He always played with a toothpick rolling around in his mouth, much to the amusment of his fans. Reilly’s independent and pro basketball career, that spanned a dozen seasons,  was built more on tenaciousness more than talent. When Reilly played major league basketball for four seasons with the famed Brooklyn Visitation, his role was that of a valuable reserve , never a starter.