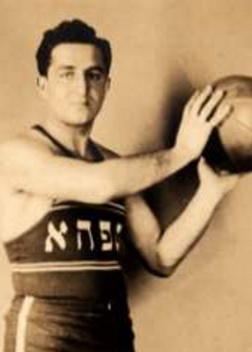 Harry Litwack starred at Southern High School in Philadelphia, then played guard for Temple from 1927 to 1929, serving as co-captain his last two seasons. In the 1930’s he played for the Philadelphia Sphas. While still playing for the Sphas, Litwack served as the freshman coach and assistant varsity coach at Temple. Later, Litwack was an assistant to Eddie Gottlieb when he was the owner-coach of the Philadelphia Warriors, in the early years of the National Basketball Association. Litwack was head basketball coach at Temple University from 1953 to 1973, compiling a 373-193 record. His Temple teams had only one losing season and made 13 post-season appearances, winning the National Invitation Tournament in 1969 and twice going to the Final Four of the National Collegiate Athletic Association tournament. Litwack was elected to the Basketball Hall of Fame in 1975.