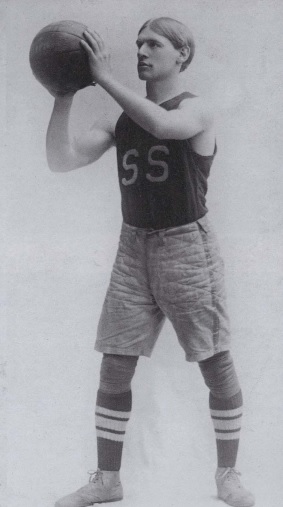 Henry Liebau was the best player developed in Western Pennsylvania during the formative years of the game.  Liebau was the star of the the powerful South Side team  that  compiled a 37-3 record over two seasons in  the Allegheny County Basketball League. Liebau led the the league in scoring during both the 1902-03 and 1903-04 season. Liebau remained a valuable asset to South Side during its first two seasons in the Central Basketball , 1906-07 and 1907-08.