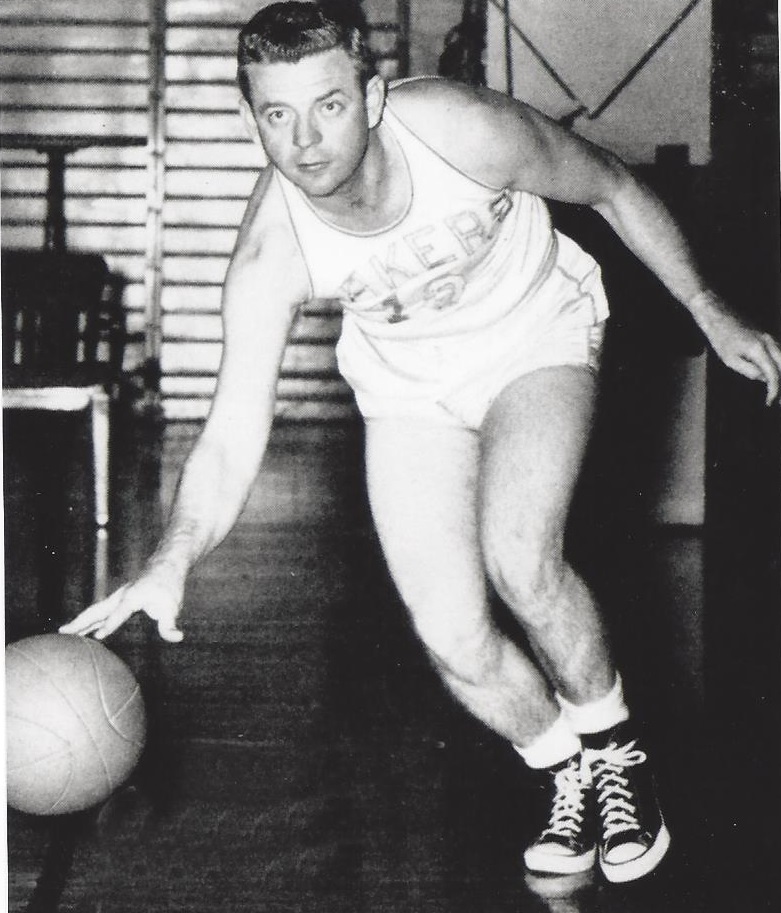 Herm Schaefer began playing basketball in the fourth grade in Fort Wayne, Indiana  where he and his best friend, Curly Armstrong , began a stretch that saw them play sixteen straight years together. Schaefer attended Central High School in Fort Wayne, Indiana and then went to the University of Indiana. He was  starter on the Hoosiers’ 1940 NCAA Championship team. Schaefer joined the  the Fort Wayne Pistons in 1941,  the same year the team  entered the National Basketball League. He played for the Pistons for two seasons before he departed for military service during World War II. Schaefer returned to play for Fort Wayne late in the 1945-46 season.In the late 1940’s, Schaefer played on three straight championship teams with the Minneapolis Lakers. Schaefer was hired to coach the Indianapolis Olympians for the 1951-52 season. The team was devastated just weeks before the season began, when the two best players, Alex Groza and Ralph Beard, were implicated in college point-shaving scandal and permanently banned from professional basketball. Despite the loss of the two stars, Indianapolis improved its record over the season before but the franchise had been irrevocably damaged  by the scandal and folded after one more season.