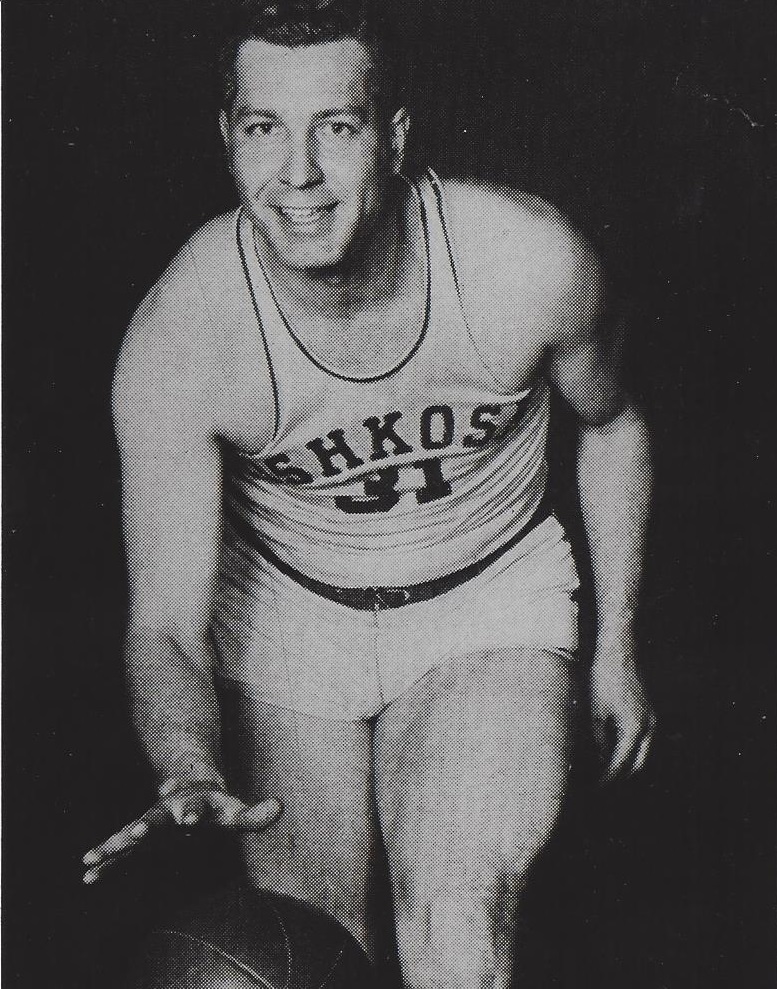 Herm Witasek was a star player  at the University of North Dakota. After graduation in 1935, he signed to play professional basketball with a strong independent team in Oshkosh, Wisconsin. Two years later, in the fall of 1937,  Oshkosh joined the newly-formed, National Basketball League. Oshkosh appeared in the NBL finals five consecutive years (1938-1942), winning twice, in 1938 and 1942. Witasek, along with Hall of Fame center, Leroy Edwards, were the only players to appear in all five seasons. Witasek was a showman, a fan’s delight. They liked to say J stood for jackrabbit because of his jumping ability. He was also an attention grabber because of his physique and his flamboyant, reckless, drive to the basket style of play. At six-feet, three inches and 230 pounds, he look more like a linebacker than a basketball player. Witasek was never among Oshkosh’s top scorers, but he was the team’s  best defender and was the was an inspirational floor-leader. Service in the army during World War II ended Witasek’s basketball career.