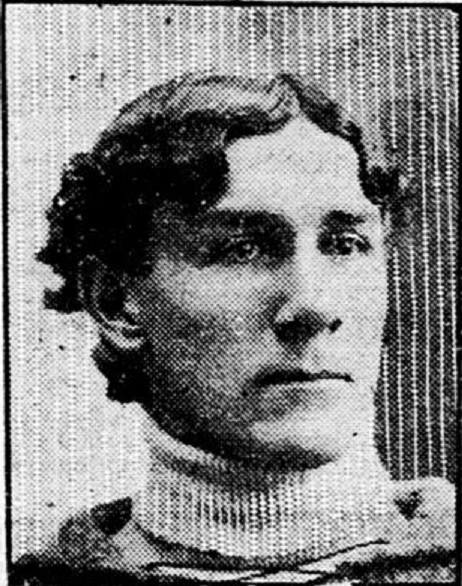 Hildreth “Hilly” Wallace, a powerfully-built, extremely talented athlete,  with a mercurial temperament, was one of the most high-profile turn of the century professional basketball players. He stood out as well for ability to excel on both offense and defense, a rare combination in the early pro game.  Wallace spent most of his career with his hometown Millville, New Jersey team. For the 1899-00 season he signed to play for Camden in in the National Basketball instead of his hometown team. The second-half of the season ended with deadlock between Millville and Trenton. After playing all season for Camden, Wallace showed up on Millville squad for a single-game playoff and led the team to a 18-13 victory. After a protest, the results of the game where thrown out. The collapse of the NBL in 1903, short-circuited  his career while he was still in his prime.