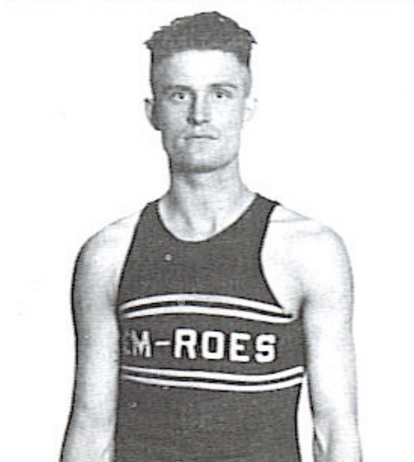 Home Stonebraker led Wingate High School to the Indiana state basketball championship in 1913 and 1914. In 1914 semifinal game, he scored all of his teams points. In the championship game, he scored half of his team’s 36 point. Stonebraker was a three-time All American at Wabash College (1916-18). After serving in World War I, he  stared  for the Indianapolis Em-Roes and the Fort Wayne Caseys, the two  dominate pro basketball teams in the Midwest through the mid 1920’s. In an age when centers were seldom an offensive force, Stonebraker was atypical. He was a smooth, athletic figure who was capable of scoring from close to the basket or moving outside to shoot long underhanded set shots. In March of 1922, the Caseys met the famed New York Celtics for the first time. Stonebraker scored 16 points to lead  Fort Wayne to a surprising  21-17 victory over the Celtics. Stonebraker finished his career with three seasons in the American Basketball League.