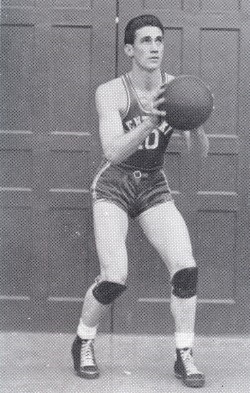 Homer Thompson graduated from Jeffersonville High School where he played on the celebrated 1935 Jeffersonville basketball team. He went to the University of Kentucky on scholarship and played with Adolph Rupp’s Wildcats. After graduation, he played with the Indinapolis Kautsky’s for one season. He served in the  Marines during World War II and later returned to his his high school alma mater as a teacher and coach.